4/4/44: Charlie is acquitted of all charges in the Mann Act case 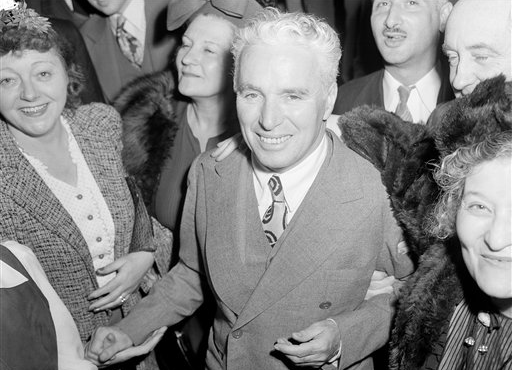 After the verdict was announced, Charlie was overheard saying, "I believe in justice. I have an abiding faith in the American people." Oona Chaplin, who was pregnant at the time (with Geraldine), fainted when she heard the news on the radio.

Chaplin's attorney, Jerry Giesler, later described him as "the best witness I've ever seen in a law court. He was effective even when he wasn't being cross-examined but merely sitting there, lonely and forlorn, at a far end of the counsel table. He is so small that only the toes of his shoes touched the floor."