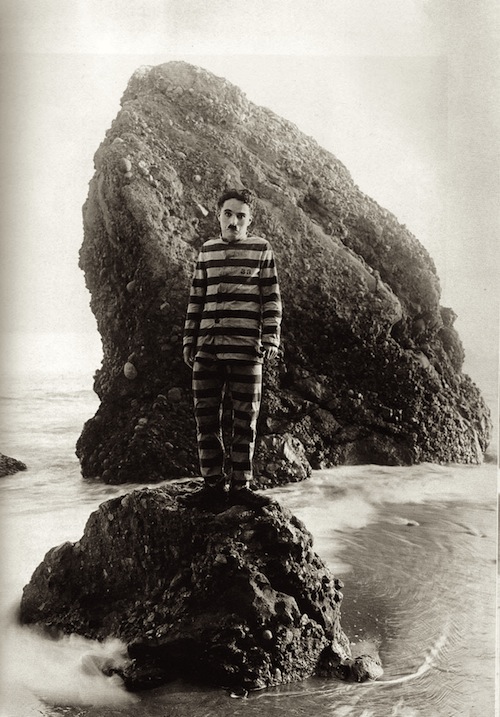 During location filming for The Adventurer, which was released 97 years ago today, Chaplin dove into the rough waters off Topanga Canyon to save a young girl named Mildred Morrison from drowning. The articles below describe Charlie's heroic efforts to save the seven-year-old. Although he is described as diving in with his cane and "ancient derby," he was most likely wearing the prison garb we see at the beginning of the film (and above).

Email ThisBlogThis!Share to TwitterShare to FacebookShare to Pinterest
Labels: The Adventurer