Charlie entertains his friend, writer and critic Maurice Bessy, at his home in Beverly Hills, 1947 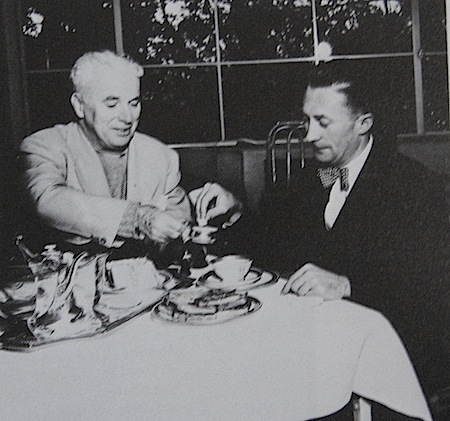 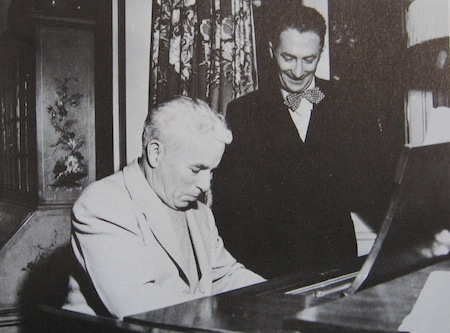 Chaplin included a couple of “in jokes” regarding Bessy in Monsieur Verdoux (1947): 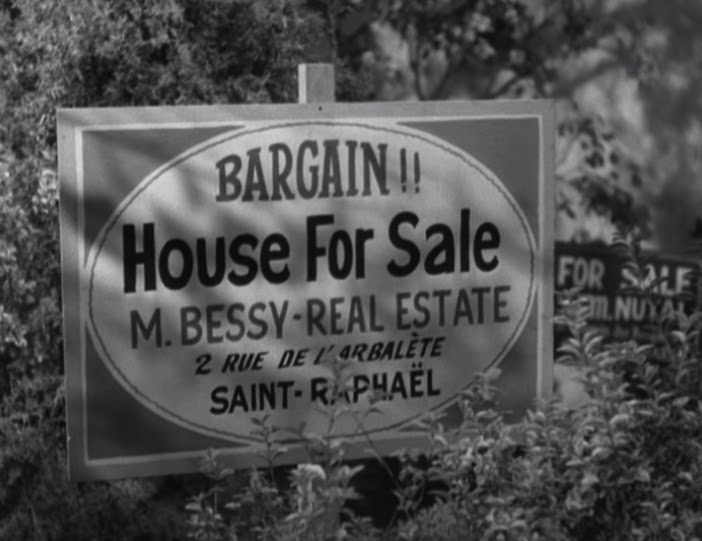 His name also appears in one of the newspapers Charlie’s reading in the film (see the arrow). 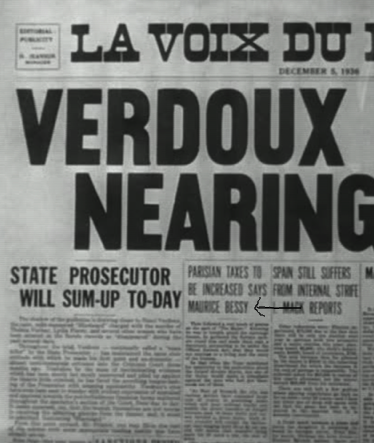 Bessy was also one of the founders of Cinémonde magazine which also appears in the film (in the postman's bag).*
Click here to see a picture of Charlie reading a copy of the magazine during production of the film. 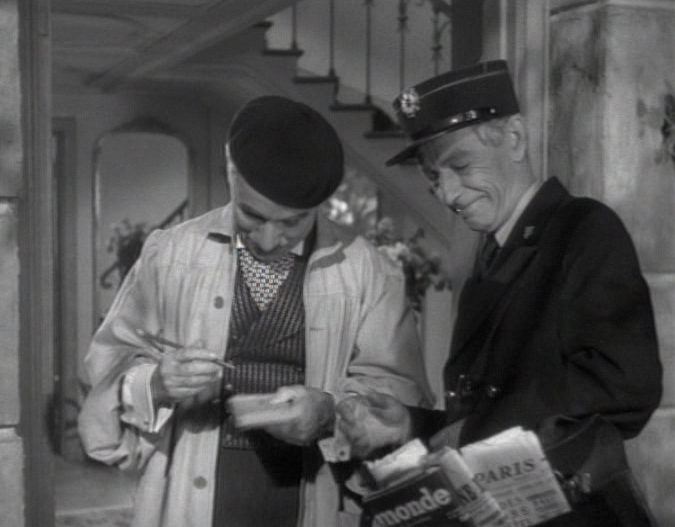 *Thanks to Dominique Dugros for pointing this one out to me.
Posted by Jessica at 12:41:00 PM